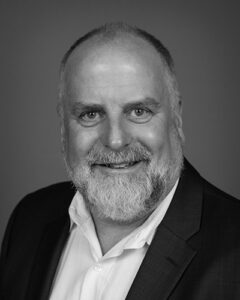 Over the years, we have hired, trained, tolerated, repurposed, or retained many different technicians. We have hired some with years of experience and some who have never been a tech. Sometimes the experienced worker turns out to be a great addition other times, they are stuck in their old ways and need to work out. Some learn to be good techs, and some don’t like getting dirty or never grasp the theory. We have promoted some to management positions. Sometimes that works out, and sometimes it doesn’t. We have turned some into trainers. Again, sometimes that works out, and sometimes it doesn’t. Some have stayed for over 40 years. Some have left within the first month. The two points here are;

2) every person is different and has different needs and drivers to excel to their best potential. Learning these different needs has been both rewarding and frustrating. When you think you have it all figured out, you realize that what works for one doesn’t work for others.

I always liked attending the CFESA Conferences when a speaker talks about the different generations and their different “drivers” for success. It is good to know that stuff, but it is just a “guideline” or “suggestion.” (Kind of like a speed limit or stop signs with the white border). I’m at the end of the Baby Boomers generation, but I fall more into the Silent Generation. Probably from my parents (Greatest Generation or GI’s), who was over 40 when I was born.

I trained to be a technician by two GIs (my dad and Elwood Hawkins) and a “Baby Boomer” or a BB technician. Two different styles of teaching, for sure. The GIs were meticulous and strived for perfection but were very patient. They pushed starting with the simple things and the small things first.

The BB was very demanding and impatient and would ensure that I knew I was inferior to him. It was his way, or it was wrong. The funny thing is I learned a lot from both styles, not only being a well-trained technician that could handle abusive customers, but as a manager, understanding different viewpoints, learning styles, and how different technicians are motivated. The bottom line is that there is no “one” answer.

But as essential as good training is to a technician, there are other reasons that techs stay loyal to a place.

Culture is a huge part of teamwork, and transparency, where people feel like a valued part of the team, not necessarily an equal position, but a valued role. Everybody has the “A” and the “B” techs, and they are treated equally for the most part. But the “C” techs are usually left behind and treated less than equally. These techs tend to be the “social ones”, that will leave for an extra dollar an hour and take as many of their friends as possible. They do this, so they feel valued by their new employer. But it doesn’t have to be this way.

We all need “A” techs (but you can only have a few of these) and lots of “B” techs, but we all need several “C” techs as well. They are the ones that need a little extra incentive, a lot more patience from management, and more encouragement, not more money, but more acknowledgment. We had one “C” tech that left us three times, each time telling us he was moving up the ladder for more money, only to come back each time and tell us that he missed the culture of being on our team and that he missed having the A and B guys for the support. He loved to do the PM jobs he was trained to do and knew the ins and outs of the machines he was servicing. He took much pride in doing these things better than anyone else could. He just never wanted to service anything he wasn’t trained on. Other techs don’t want to sit in a classroom to learn but do much better by “going out with senior techs” to learn the task or procedure. This way, they don’t have to go through the “stress” of being tested or judged by a score at the end. Remember that many techs need to test better but are fantastic at working with their hands.

Many things impact keeping technicians happy, motivated, productive, etc., but the most important things we have found over the years might surprise you. Money is outside the top 3. Although we pay our technicians very well with benefits, they will tell you that other things are more important if you ask them. I think, first and foremost, is “culture and freedom.” A culture of transparency. Profit sharing and taking the time to share our financials and explain to them where the money goes and the costs of benefits. A culture of “ownership of their opportunities” for success. Freedom to perform their job. Privilege to service the customer in a way that they take “ownership of the customer.” Freedom to service the customer early if it makes the job easier on them or the customer. Flexible hours to start at 4 in the morning and go home at noon, or work until four and get paid OT for the extra. But we only require people to work eight if they want to. In today’s world, every one of us has enough work to have our techs work 18hr a day, but if you make them, they will be around only a short time. Don’t get me wrong, we have some techs that will work 12hrs a day at their choice, while others think they must be home for at least 12hrs a day, but that is their choice and not the norm. Since the pandemic, home time has been more important than ever before.

Incentivizing productivity for over the minimum requirement and paying a quarterly bonus to achieve those goals works well for us.

You are setting up your technicians to achieve “their success” (whatever that looks like to them). I think that will be the critical factor in keeping your “great team” of technicians.